I'm here for 3 weeks only for the summer. This time I want you guys to give me our BEST and reasonable offer!

No holds, all is first come first serve and comes as is!

Please send me your best offer for any and all items!! Please feel free to message me anytime ^-^ 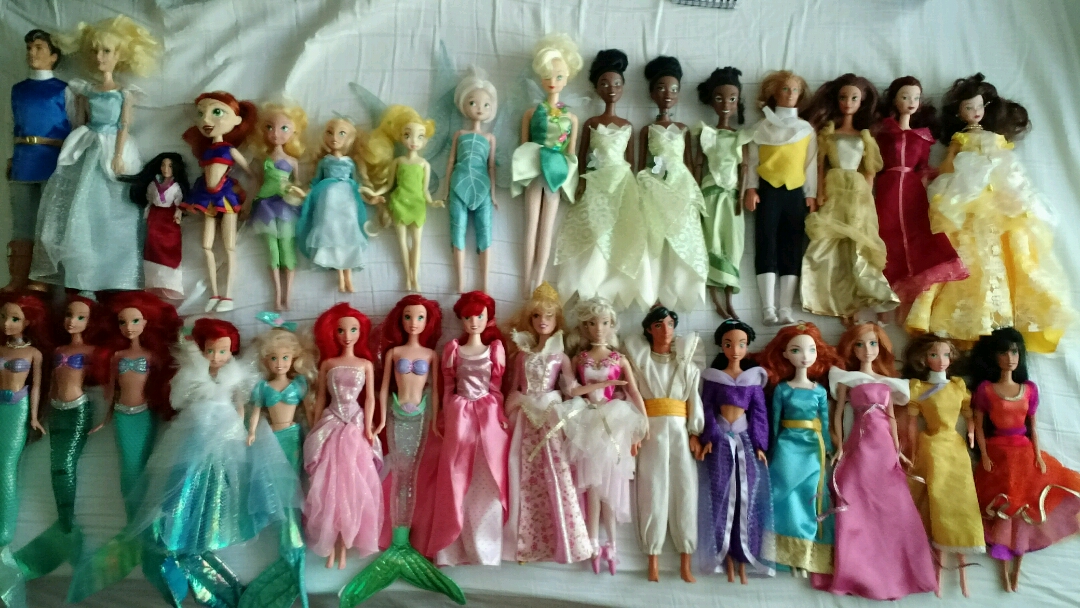 I have reduced all of the things I am selling many many times. Including the disney christmas things I am selling so if you want a hallmark exclusive ornament at a great price buy one from me anytime before July 10th. Whatever is not sold by July tenth I will donate.

Here is a link to my ebay sales
http://www.ebay.com/sch/mistressofmusicmeloetta2014/m.html?_nkw=&_armrs=1&_ipg=&_from=

Still having money problems (and the job that cut my hours let me go entirely) and I am moving so I decied to part with some of my Disney keepsake oraments, they are all brand new never used in the box I am selling
Mickey's Gumball Machine
Tiana's Party Dress
Fierce with a frying pan (Rapunzel)
Peeking Pixie (Tinkerbell)
Brave Little Taylor (Mickey)
Stylized rapuznel
Other disney stuff
Christmas talking Minnie Plush
Mcdonalds Ariel figure
Here is my ebay page and feedback
http://www.ebay.com/sch/mistressofmusicmeloetta2014/m.html?_nkw=&_armrs=1&_ipg=&_from=
http://feedback.ebay.com/ws/eBayISAPI.dll?ViewFeedback2&userid=mistressofmusicmeloetta2014
If you are interested but want I better picture of the item just ask, I don't know why ebay is messing up my pictures.
If no one buys these like my other items I will be forced to donated them so please make me a offer ASAP!

Post will be locked to members only after a few days, so feel free to join if you like what you see. :)

Disney’s “Beauty and the Beast” is a live-action re-telling of the studio’s animated classic which refashions the classic characters from the tale as old as time for a contemporary audience, staying true to the original music while updating the score with several new songs. “Beauty and the Beast” is the fantastic journey of Belle, a bright, beautiful and independent young woman who is taken prisoner by a beast in his castle. Despite her fears, she befriends the castle’s enchanted staff and learns to look beyond the Beast’s hideous exterior and realize the kind heart and soul of the true Prince within. The film stars: Emma Watson as Belle; Dan Stevens as the Beast; Luke Evans as Gaston, the handsome, but shallow villager who woos Belle; Oscar® winner Kevin Kline as Maurice, Belle’s eccentric, but lovable father; Josh Gad as Lefou, Gaston’s long-suffering aide-de-camp; Golden Globe® nominee Ewan McGregor as Lumiere, the candelabra; Oscar nominee Stanley Tucci as Maestro Cadenza, the harpsichord; Gugu Mbatha-Raw as Plumette, the feather duster; six-time Tony Award® winner Audra McDonald as Madame Garderobe, the wardrobe; Oscar nominee Ian McKellen as Cogsworth, the mantel clock; and two-time Academy Award® winner Emma Thompson as the teapot, Mrs. Potts.

I don't think anyone has posted here about this, so I just had to share... The Little Mermaid TV series (1992-94) is available on Disney Junior On Demand on Uverse!  I don't know about other cable providers (do they have something like On Demand?), but I was so excited I thought I'd let you all know :D   They have 30 episodes (all but 1, not sure which is missing) available until May 29.  I don't think DJ shows these episodes on their normal programming unfortunately, but maybe it's a promising sign?

...I'm crossing my fingers the Aladdin series gets on DJ next!!

Hello! I have a few Disney Princess items up on eBay. Thanks for looking!

hi everybody. I joined this community recently.I'm Danielle I have been a fan of disney and disney princesses since I was a child. I love them all but i've always had a few favorites. Ariel, jasmine and rapunzel are my top three. I also love Elsa (not a princess but I love her). Non disney princess loves are Alic from alice in wonderland and Wendy darling(oddly enough they're voiced by the same girl I learned haha) I was actually just dropping in to introduce myself but also to ask-- does anyone know where I can find Wendy darling icons? I can never come across many. if you know, please tell me . Thank you :)


Alos, i run an ebay store where I sell a lot of disney things.(dolls, collectables and misc) check it out if you want --www.ebay.com/usr/bellesbooksandgifts

I look forward to talking to the other disney kids here :)

I have the 17" Prince Eric doll for sale since I'm moving in three weeks, I figured I'd offer it here first for a quick sale. If no responses, I'll put him on Ebay in a couple of days.

He has been in a cat loving house, however he has not be remoced from his box and has been stored in a blue bag in the top of my closet for almost as lon gas I've had him so I think he needs to find a home where he's more loved.

I'd like $200 USD plus shipping for him. If that doesn't work, make me an offer.